A good design is what separates successful apps from unsuccessful ones. Today, mobile users expect a lot: fast loading times, ease of use and delight during interaction.
Planning, designing, developing, and launching a mobile app design is a complex task that needs time, resources, tools, and the right expertise. Before we start with the mobile app design, we always start the process with a systematic approach.

We design with you

We research, ideate, build mockups, test them and run multiple iteration cycles. We believe in the power of co-creation, so we will work with you in every step of the the process, starting with a kick off workshop to develop a mutual vision for your product to continuous reviews and iterations along the way.

We work in dedicated project teams consisting of specialists in research, UX design, and UI, led by a senior product designer to ensure that we carefully cover all the aspects of the design process to build up a solid experience layer by layer.

We define the key performance indicators for the project.

We simplify the story that specifically focuses on prioritization of content, functionalities and behaviors.

We give life to designs by adding visually appealing elements that evoke emotions.

We test the product by creating a usable mockup for initial feedback.

We organize the content to intuitively guide users in performing a desired action seamlessly.

We attain a design that makes an experience genuinely satisfying for users.

The scope refers to what needs to be done, what you want to achieve through the app, and may include some or all of the following:

We start by conducting an in-depth market research and analyze the existing apps in your industry. For example, if you’re going to create an image-sharing app, we’ll have to look at the existing image sharing apps, their color schemes, patterns, flow, etc. The user research will provide invaluable insights that will help us to define all the details of the product aspects. It can also reveal little details and components such as colors and themes that will help us develop an emotional connection with the target audience. For example, what type of colors and styles will the end-users prefer? We can use different methods to collect data from the potential users such as surveys, focus groups, design workshops, etc.

You might think you have the app fully defined in your head, but getting things clearly documented is an important step. This might seem like a simple, straightforward step, but it shouldn’t be taken lightly. This is the information we will use when determining the feasibility of the app and when defining the functional details. It is also an important step in being able to communicate the app to others moving onto the ideation part of our work.
Aim of the ideation is to use creativity and innovation in order to develop solutions. By expanding the solution space, the design team will be able to look beyond the usual methods of solving problems in order to find better, more elegant, and satisfying solutions to problems that affect a user’s experience of a product while we can create volume and variety in your innovation options, based on insights.

The visual representation of the user interface is known as UX wireframe. We will create a structure of the user interface, transitions, and interactions. It must be based on market research, user research, competition, and strategy. The purpose of UX wireframing is to define the flow of the app such as the number of windows, buttons, where each button leads the user, the registration process, the login screen, and everything related to the front-end of your app. 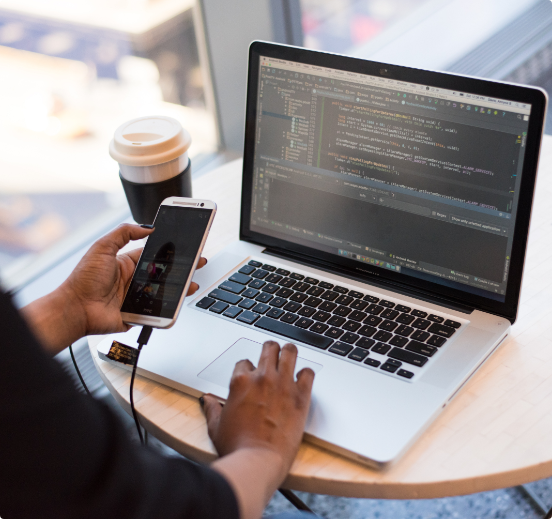 We create captivating visual interfaces to ensure that your product creates the best first impression. We design the pixel perfect designs for every screen and make your product come alive by bespoke animations and motion design.
Pine Team

Animation should be applied and tested with the UI design phase, so as to test different styles of animation in real-time. Animation refers to the user interface animation such as how a new screen will pop up and how gestures are defined, dynamic buttons, dynamic scrolls, scrolling effects, on-boarding intros and so on. Carefully crafted animation and motion design will bring your app to the next level, not only making it delightful to use but improving usability through amusement animations.

This is the phase where coding begins and the developers start creating the app. The app can be developed for android or iOS depending on your choice. Instead of creating the app for multiple platforms simultaneously, we think the better approach is to create the app for one platform first.

User testing and gathering feedback is an essential part of our design process, that allows us to build products that are not only functional, but that your users will love. We assemble our designs into interactive  prototypes and test them with users to observe their behaviour and collect feedback. We leverage this information to hone the experience and to optimise the product.

When the average failure rate for app testing for android is more than 20%, you can’t afford to launch your newly created app without testing. The reason we test the app is to ensure there aren’t any bugs and that it works as expected. There are different types of testing and the optimal approach is to test for all the types.

Finally, it’s time to release your app once it has passed the tests. The app must be submitted to the appropriate app store. It will take time since most of the apps are reviewed before they are published.

Our app design will sync the following components:

WE DRIVE GROWTH & PROFIT THROUGH OUR PORTFOLIO OF SERVICES

Explore other services we offer by clicking on the icons below.